It’s fantastic news that Marc Forster’s big screen adaptation of the popular Max Brooks WORLD WAR Z is finally coming to a cinema near you, this time next year. Last month the filming of the movie which stars Brad Pitt Mireille Enos, Anthony Mackie, Julia Levy-Boeken, and James Badge Dale,  kicked off in Malta. The movie follows a reporter, Max Brooks (the author), interviewing survivors of a zombie apocalypse that nearly wiped out mankind 10 years earlier; those survivors range from soldiers, government officials and mercenaries. He travels the world determined to preserve the survivors’ first hand experience, recording the testimonies of those survivors worldwide.

Like any major blockbuster we are determined to get a glimpse from the set of the movie to see how things are going, sometimes it might be to actually see who is in the movie. So far we’ve had a few photos of the other cast as well as Brad, but no zombies just yet.  The Daily Mail have gotten themselves a few more photos of Brad and the only zombies in the photos are of those who have already been killed, so the wait goes on. One interesting note is the photo which looks like Brad Pitt has a body double, does this suggest his character may come into contact with the undead? If reports are true, Glasgow will be the setting for the movie next month, as George  Square in the heart of the city will become war torn Philadelphia for 2 weeks; with The People’s Movies only 10 miles away in Paisley we may need to do some journalistic investigation! 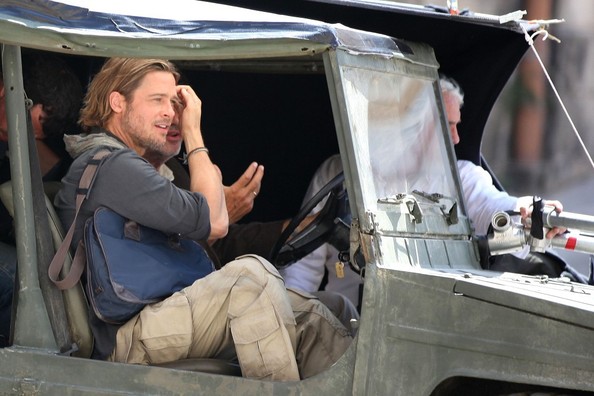 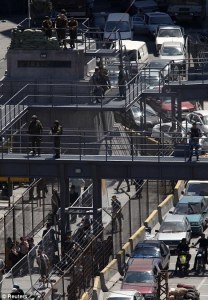 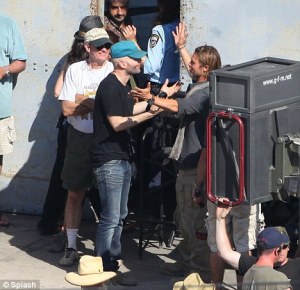 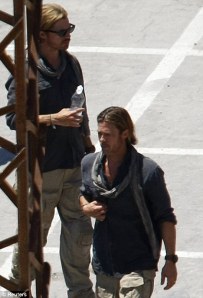 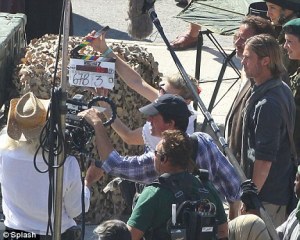