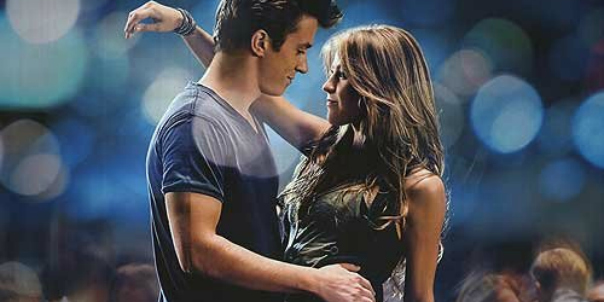 Paramount Pictures UK have sent sent today UK Trailer, some new images for FOOTLOOSE which you can check out below. The trailer looks virtually the same trailer as the recent American trailer released via MTV though the quality of the trailer is better quality.The movie is based on the 1984 Kevin Bacon film which launched his caeer and 27 years on the movie is launching Ken Wormald’s movie career as he plays Ren McCormack, a young troubled man who moves to the town of Bomont where dancing is forbidden due to a tragic accident several years before he challenges the ban as well as fall in love with the Reverend (Denis Quaid) Daughter Ariel (Julianne Hough).

From the new poster below to opening signature move from the original you can see elements director  Craig Brewer (Black Snake Moan) is trying to pay homage but later on you do see he also wants to modernise the movie bringing in popular music and dance of today. This is modern version but the element of modern dance ruin the movie slightly, I do however see a bit of dirty dancing coming into the affray as well the dancing, the rebellion against conservative parents/upbringing.

Check out the trailer below, along with a new poster too, FOOTLOOSE will be out nationwide October 14th.

Writer/Director Craig Brewer (“Hustle & Flow,” “Black Snake Moan”) delivers a new take of the beloved 1984 classic film, “Footloose.”  Ren MacCormack (played by newcomer Kenny Wormald) is transplanted from  Boston to the small southern town of Bomont where he experiences   a heavy dose of culture shock.  A few years prior, the community was rocked by a tragic accident that killed five teenagers after a night out and Bomont’s local councilmen and the beloved Reverend Shaw Moore (Dennis Quaid) responded by implementing ordinances that prohibit loud music and dancing.   Not one to bow to the status quo, Ren challenges the ban, revitalizing the town and falling in love with the minister’s troubled daughter Ariel (Julianne Hough) in the process. 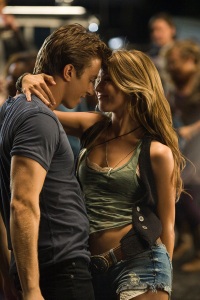 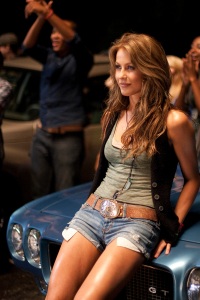