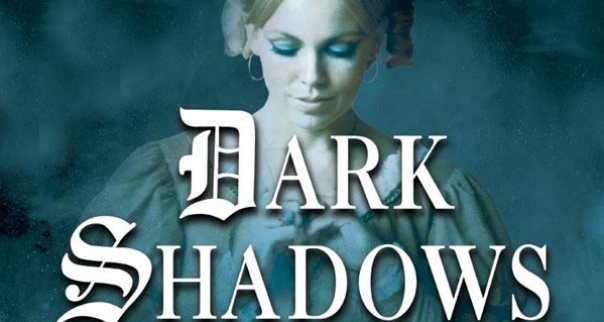 It was only 2 weeks ago it was announced that Tim Burton’s big screen adaptation of the cult 1960’s series DARK SHADOWS the filming had started, a movie to star Tim Burton regular’s Johnny Depp, Helena Boham Carter along with Jonny Lee Miller, Eva Green, Michelle Pfeiffer, Chloe Moretz, Gulliver McGrath, Bella Heathcote, and Jackie Earle Haley. Recently in Los Angeles at a launch of a art show which will exhibit hundreds of his drawings, paintings, sculptures and films and he sat down for an interview where he spoke about DARK SHADOWS:

I have no plans for (shooting Dark Shadows in 3D). I loved doing “Alice” in 3D.  “Freankeweenie,” gonna do that in 3D. There’s people like, “Everything’s gonna be in 3D,” or “I hate 3D!”  I think people should have a choice. I don’t think it should be forced on anybody.

I have to agree with Burton on the above comment, too many films are coming out in 3D, alot the movies dont actually suit 3D. Alot of the the movies that previously where 3D and 2D giving you choice but now some cinema chains dont give you that option forcing you pay the extra for a movie you want to see, there is that small matter of paying over the odds for a movie style thats not shown much proff to why we should pay more.

The interview was for The Wrap and Tim Burton further revealed:

’m just starting, and it’s a weird tone and it’s a lot of actors and, you know, we’re not starting with the simple stuff; we’re sort of getting right in there. You like to kind of sneak up on it a little bit, but this one we just kind of slammed right into it. [asked if it will have a sop opera quality] Yes, I don’t know. I’m early into it because it’s a funny tone, and that’s part of what the vibe of the show is, and there’s something about it that we want to get. But when you look at it, it’s pretty bad. I’m hoping that it will be — it’s early days, let’s put it — I’m very intrigued by the tone.  It’s a real ethereal tone we’re trying to go for and I don’t know yet.

DARK SHADOWS has been scheduled for a May 12 2012 release date.

In the year 1752, Joshua and Naomi Collins, with young son Barnabas, set sail from Liverpool, England to start a new life in America. But even an ocean was not enough to escape the mysterious curse that has plagued their family. Two decades pass and Barnabas (Johnny Depp) has the world at his feet—or at least the town of Collinsport, Maine. The master of Collinwood Manor, Barnabas is rich, powerful and an inveterate playboy…until he makes the grave mistake of breaking the heart of Angelique Bouchard (Eva Green). A witch, in every sense of the word, Angelique dooms him to a fate worse than death: turning him into a vampire, and then burying him alive.

Two centuries later, Barnabas is inadvertently freed from his tomb and emerges into the very changed world of 1972. He returns to Collinwood Manor to find that his once-grand estate has fallen into ruin. The dysfunctional remnants of the Collins family have fared little better, each harboring their own dark secrets. Matriarch Elizabeth Collins Stoddard (Michelle Pfeiffer) has called upon live-in psychiatrist, Dr. Julia Hoffman (Helena Bonham Carter), to help with her family troubles.