We were expecting this poster to arrive, but we had no clue who it may be; possibly Lord Voldemort? We were wrong. It’s Neville Longbottom! Neville makes it the 4th (of many more) of The Angst ‘It All Ends’ HARRY POTTER & THE DEATHLY HALLOWS Part 2 joining Harry, Hermoine and Ron as the poster pin-ups. Neville Longbottom has been the butt of all the jokes in the franchise, but from Deathly Hallows Part 1 we got hints of the new Neville and an unlikely hero. If you’ve read the book you’ll know that he will have a bigger part to play in the final movie. He’s grown up with more responsibility and you can see the first sign of the bigger responsibility as he has the Sword Of Gryffindor and leads the army of Dumbledore/Hogwarts to defeat Voldemort!

So who will be in poster 5? Any ideas? Want to see the previous 3 posters here’s click on the names: 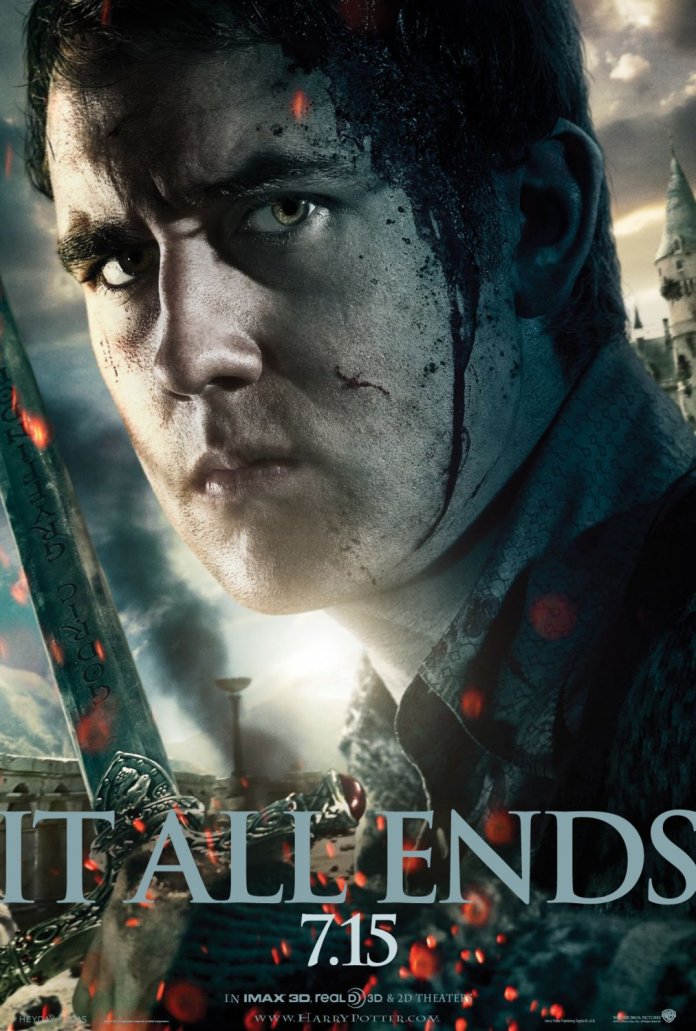 In the epic finale, the battle between the good and evil forces of the wizarding world escalates into an all-out war.  The stakes have never been higher and no one is safe.  But it is Harry Potter who may be called upon to make the ultimate sacrifice as he draws closer to the climactic showdown with Lord Voldemort.It all ends here.

5 thoughts on “Neville Longbottom In 4th ‘IT ALL ENDS’ Harry Potter and Deathly Hallows Part 2 Poster Series, He has the Sword of Gryffindor Too!”