Yesterday it was all ending for Harry Potter and today it’s the turn of Hermonie for the ‘It All Ends’ character poster. It looks like Warner Bros is going to follow with a number of these character posters which is great stuff so dont be surprised if tomorrow its the turn of Ron Weasely. Of course it’s the end of a historical era on July 15th so its of no surprise that Hermonie has let off some steam and vent her angst towards Lord Voldemort.

This new poster comes courtesy of Harry Potter Facebook Page  and we also found a link for another new image for the movie too, this time from  EW which shows Dame Maggie Smith  with a number of Hogwarts students along with the Weasely family too, which looks like after a great battle. We will say no more but any noew images or footage remember you’ll be able to see it here at The Peoples Movies! 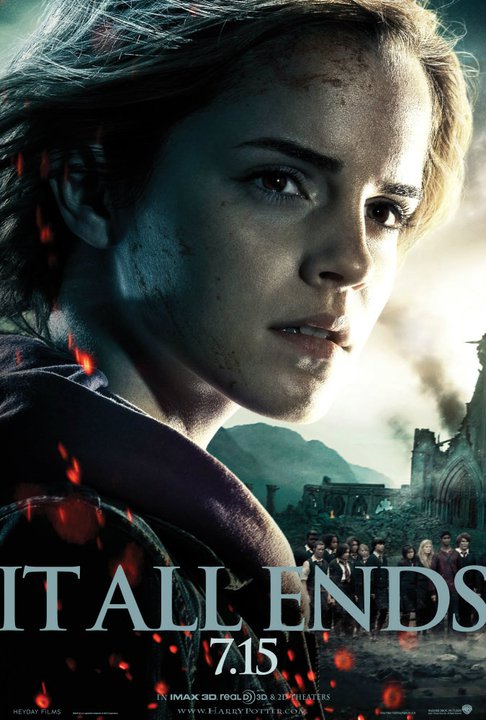 In the epic finale, the battle between the good and evil forces of the wizarding world escalates into an all-out war.  The stakes have never been higher and no one is safe.  But it is Harry Potter who may be called upon to make the ultimate sacrifice as he draws closer to the climactic showdown with Lord Voldemort.It all ends here.