2oth Century Fox this afternoon just sent us the new UK (international) Trailer for THE DIARY OF A WIMPY KID:RODRICK RULES the sequel to the popular kids movie The Diary Of  A Wimpy Kid which was a suprise hit when it came out in 2010. Never seen the first movie despite mainstream media giving the movie a bit of a hard time websites/ bloggers have given it the thumbs up and when a movie majority of the time gets a sequel it merits it on good box office so here’s movie two!

The UK trailer is pretty similar to the recent American domestic trailer but about halfway through this is where you will see the newer footage. The Movie stars  Zachary Gordon, Robert Capron, Steve Zahn, Rachel Harris and Devon Bostick with the movie been released in UK on May27th (USA March 25th).

In this sequel to 2010’s surprise hit, Greg Heffley, the kid who made ‘wimpy’ cool is back in an all-new family comedy based on the best-selling follow-up novel by Jeff Kinney.(Kinney’s ‘Wimpy Kid’ series has thus fat sold 42 million books.) As he begins seventh grade, Greg and his older brother – and chief tormentor- Rodrick must deal with their parents’ misguided attempts to have them bond. 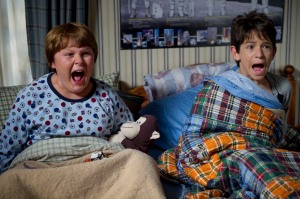 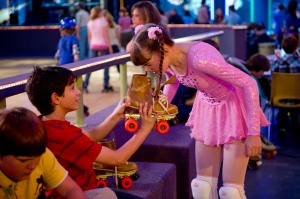