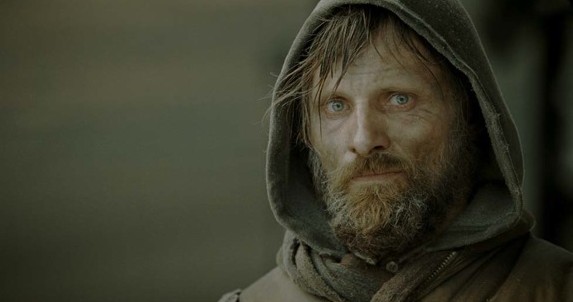 After the announcement of Henry Cavill as Superman the rumourmill stepped up a notch on who will be the supporting cast in Zack Snyder’s upcoming version of the man of steel. We  do know Lois Lane will indeed be in the movie  and fanboys worldwide are probably drooling at who they would love to play that part but for many the main attention in my books who will the man from Krypton actually square off against?

Since the confirmation of this movie the baddie that has seem to have cropped up the most in gossip is not Lex Luthor but General Zod and THR are reporting Zack Snyder is interested in Viggo Mortensen to play the role! Could this mean the return of the guresome badass trio from Krypton, will Ursa return as well rumours say she may will a part played in Superman 2 by Sarah Douglas with Terrence Stamp playing Zod.

Personally Viggo Mortensen would be a great choice to be Zod as he’s never really played that out and out bad guy for a very long time we have seen him do bad things in movies but only to survive the enivornment he was acting in. All this is pure speculation and Zod may not be even be in this version but let’s hope its not Lex Luthor and the using him in Bryan Singer’s version was probably one of several reasons why his version didnt work. I’ve never been a massive fan the Superman comics personally beleive majority of the baddies in his universe are to ‘human’ dull like though it would be fantastic to see someone like Brainiac or Doomsday have it of with Superman.

As for Viggo Mortensen he is currently in talks to possibly play in Universal Pictures Snow White And The Huntsmen starring alongside Kristen Stewart and Charlize Theron so him playing Zod could all depend on what happens with this movie. If he decides to be in Snow White you could probably kiss goodbye him  playing Zod though if he’s really keen to play both parts it would mean Universal and Warner Bros sitting around a table to try make some mutal agreement.

What we must remember as I said earlier these are only rumours and many names are in line for this part and other parts in the movie however Viggo Mortensen seems to be there top choice for the part. With Zack Snyder directing with Christopher Nolan also involved and this been a reboot there will be a barrel load of actors desperetly trying to get involved as Reboot seems to be the in thing for actors nowdays, Please leave your thoughts below if you think Zod should be the badguy and Viggo Mortensen to play him.