“Hey Kids….Just Say NO!” that was a line from that legendary song from the 1980’scast of popular kids tv show GrangeHill the one which ended up have the cast were taking drugs a few years later after they got older! We’ll dont take drugs kids if you do and there called NZT you’ll have to take them for life as like Bradley Cooper in his next flick LIMITLESS if not you die!

Below is the UK poster for the film once called The Dark Fields which I do like better than Limitless as it gave the movie a darker Edge but I can also understand the reason for changing as the old title sounds more like a horror-thriller. NZT unlocks your full potenial maybe the designer for this poster maybe should be on it as this looks dreadfull and Bradley Cooper looks a like bit sinister with that evil stare. Its obvious Cooper stands outlike the fake Lee Harvey Oswald picture with the guns from the JFK Assasination, he’s been photoshoped into the backdrop of New York  and its crazy designers of movie posters seem to think joe public are stupid when it comes to thinhgs like this. Last week I caught the movies trailer before the start of True Grit and even seeing it on the big screen im not convinced here that this movie will be any good, ill suspose we’ll have to wait until March 23rd when its out in UK. 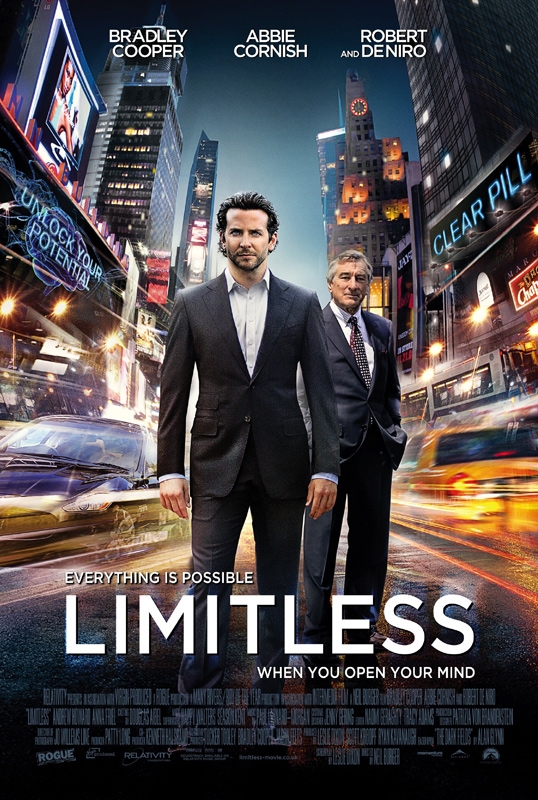