Over the weekend we were alerted by Vertigo Films that the UK trailer for there co-production with the legendary Hammer Films WAKE WOOD will be going live. Thanks to Vertigo Films you can now enjoy the trailer below!

Its so good to see Hammer Films back in business and doing what they do best make great Horror movies, we have Daniel Radcliffe with Woman in Black as well as Hilary Swank in psychological thriller The Resident which also Jeffrey Dean Morgan and Hammer icon Christopher Lee in it. Back in December The Peoples Movies attended a early screening of the movie and we where impressed, read our review here.

WAKE WOOD stars Aiden Gillen, Eva Birthistle, Timothy Spall with David Keating directing with the movie been released in the UK cinemas from March 7th then on DVD March 25th. The movie is getting screened at Glasgow Film Festival on Friday 25th February (at Cineworld Renfrew Street) go to GFF’s offical website for more information .

Still grieving the death of their only child Alice at the jaws of a crazed dog, vet Patrick and pharmacist Louise relocate to the remote town of Wake Wood where a local pagan ritual gives them three more precious days with her… but what will they do when it’s time for their new daughter to go back? 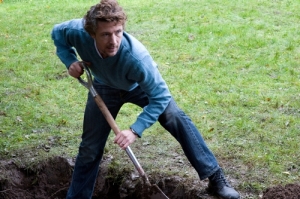 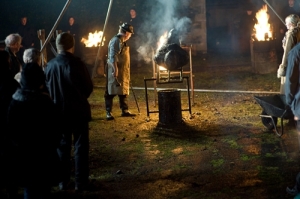