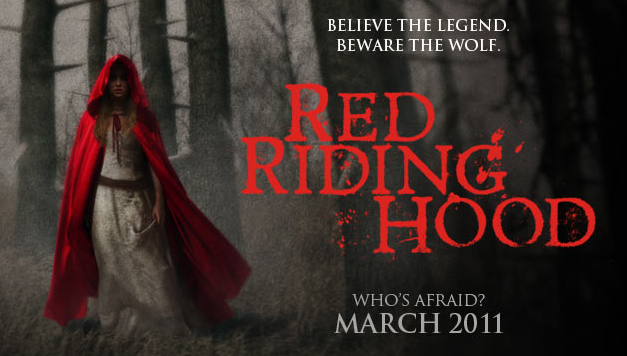 Its a good time to be Trent Reznor after the weekends Golden Globe  Award for his score on The Social Network now he has some sounds on another movie this time RED RIDING HOOD which has debuted its second trailer online thanks to Apple.

Red Riding Hood is a  Catherine Hardwickedirected film,starring Amanda Seyfried, Gary Oldman, Billy Burke, Shiloh Fernandez , and Max Irons and it seems that Hardwicke is trying to reinvent a classic fable into movie that will be liked only by the Twilight fans with no sense who else wants to watch it and this seems to be a problem with some movie studios alienating certain age groups for the sake of getting more pennies in there bank rather than the qaulity and integrity of a movie.

I’m affraid this movie seems to get worse every time something new for it appears online and I dont think Trent Reznor will be winning any awards for this Twilight wannabe, I pray im wrong  on this one, Mr Reznor target your next score with Fincher’s Girl With The Dragon Tattoo soundtrack.

In Red Riding Hood, Seyfried plays Valerie, a beautiful young woman torn between two men. She is in love with a brooding outsider, Peter (Shiloh Fernandez), but her parents have arranged for her to marry the wealthy Henry (Max Irons). Unwilling to lose each other, Valerie and Peter are planning to run away together when they learn that Valerie’s older sister has been killed by the werewolf that prowls the dark forest surrounding their village. For years, the people have maintained an uneasy truce with the beast, offering the creature a monthly animal sacrifice. But under a blood red moon, the wolf has upped the stakes by taking a human life. Hungry for revenge, the people call on famed werewolf hunter, Father Solomon (Gary Oldman), to help them kill the wolf. But Solomon’s arrival brings unintended consequences as he warns that the wolf, who takes human form by day, could be any one of them. As the death toll rises with each moon, Valerie begins to suspect that the werewolf could be someone she loves. As panic grips the town, Valerie discovers that she has a unique connection to the beast–one that inexorably draws them together, making her both suspect… and bait.