He might not be mega name in he industry but the movie genre’s he gets casted in he is good at, thats your action packed thrillers and Momentum/Lions Gate UK have sent me the new UK Trailer for Jason Statham‘s latest THE MECHANIC.

The Mechanic is the 2011 remake of the 1972 Charles Bronson and you could say Statham is the modern day Charles Bronson, so I wonder if Jason Statham will do a Family Of Cops remake when hes alot older? eeek! hope not!!! What you can say about him he is at the moment UK’s biggest action star.  This new UK trailer is virtually the same  as the American domestic trailer from last week or so but throw in a little few new tidbits and you have  this!

The Mechanic also co-stars Donald Sutherland, Ben Foster and Tony Goldwyn with Simon West (Con Air) directing with the movie due to be released in UK &Ireland on January 28th, 2011.

.
Arthur Bishop (Jason Statham) is the ‘mechanic’ – an elite assassin with a unique talent for eliminating targets with deadly skill and total emotional detachment. To be the best in the business Bishop has given everything to realising professional perfection, the last and only attachment in his life is to his mentor and friend Harry (Donald Sutherland). When Harry is murdered Bishop takes on a self-imposed assignment to kill the murderers, using Harry’s own legacy to avenge his death. Things get complicated when Harry’s son Steve (Ben Foster) emerges with the same vengeful goal and a determination to learn Bishop’s trade. Unable to turn his back on Harry’s son, Bishop goes against his vow to always work alone and takes on an apprentice; and when the methodical, detached professional takes on the impulsive, emotional student a deadly partnership is born. But while in pursuit of their ultimate mark, deceptions threaten to surface and those hired to fix problems become the problems themselves. 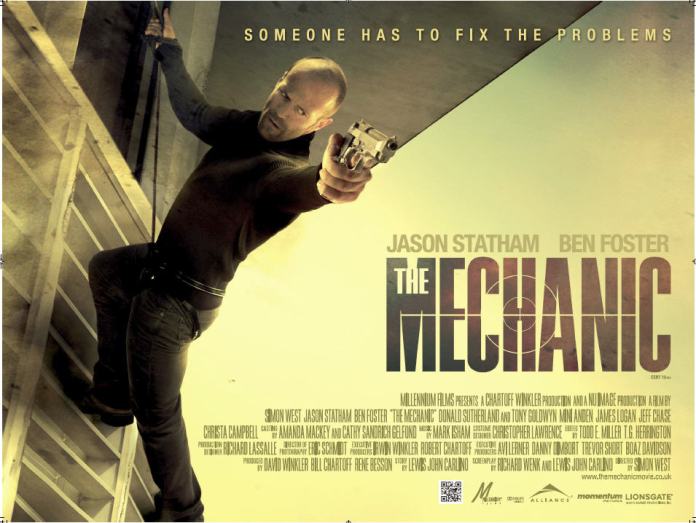