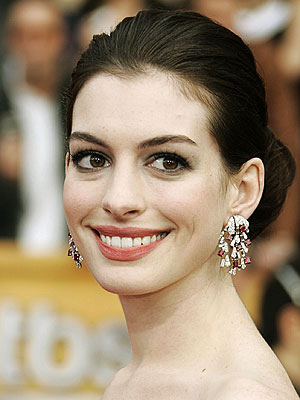 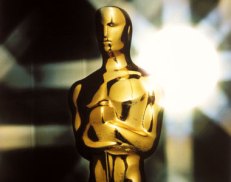 Apart from the obivious x amount days until Christmas you know the year is ending when talk of who’ll win as well as present the oscars starts to appear in the press. Today this years hosts were annouced and Oscar telecast producers Bruce Cohen and Don Mischer decided to choose some new bloodinstead of the old hands by going for Anne Hathaway with James Franco.

The annoucement did shock a few people in the industry with some experienced actors many assumed would take up the usual hosting role  but with Hugh Jackman last years host now about to dawn the old side breezers ad titanium claws to play Wolverine the organisers had to look elsewhere. the 82nd awards Steve Martin & Alec Baldwin did a great job at this years awards but this time they wont be doing it, so like any industry they want to promote the new actors and thus Hathaway and Franco got the job. Both have been involved in presenting individual awards but now they have the task  of hosting  it will up the ratings a bit too possibly making th awards more exciting to watch. Its also  pretty much guaranteed James  to be nominated for Best Actor for his role as Aron Ralston in Danny Boyle’s 127 Hours, so it’ll be interesting to see how things will go.

Beverly Hills, CA — James Franco and Anne Hathaway will serve as co-hosts of the 83rd Academy Awards®, Oscar telecast producers Bruce Cohen and Don Mischer announced today. Both have previously appeared on the telecast but not in hosting capacities.“James Franco and Anne Hathaway personify the next generation of Hollywood icons— fresh, exciting and multi-talented. We hope to create an Oscar broadcast that will both showcase their incredible talents and entertain the world on February-27,” said Cohen and Mischer. “We are completely thrilled that James and Anne will be joining forces with our brilliant creative team to do just that.”

Franco, who currently can be seen in “127 Hours,” will be making his second appearance on an Oscar telecast. His other film credits include “Eat, Love, Pray,” “Date Night,” “Milk” and “Pineapple Express.” Franco is also known for his portrayals of Harry Osborn in the “Spider-Man” trilogy.

Hathaway will be making her fifth appearance on an Academy Awards telecast. She was recently seen in “Alice in Wonderland” and currently can be seen in “Love and Other Drugs.“ Hathaway’s other film credits include “Bride Wars,” “Becoming Jane,” “The Devil Wears Prada” and “The Princess Diaries.” She was nominated for an Oscar in 2008 for her lead performance in “Rachel Getting Married.”

what do you think guys? Whats your tips for the next oscars? let us know posting your views in comments box below and ill also try do pre-oscars post in near future.