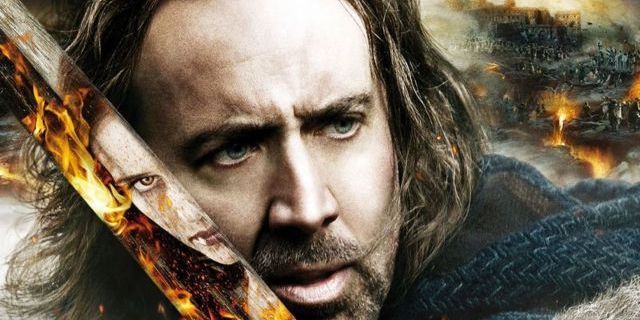 A new trailer for the much delayed SEASON OF THE WITCH  has debuted online by Relativity Media via Apple. The movie was scheduled for a March release but new re-shoots where taken and now in the new trailer we have some new snazzy never before seen footage which shows Beham (Nicholas Cage) and Felson (Ron Perlman) as Knights of The Crusade during the 14th century. We can see the movie now has relied heavily on CGI but then again how many movies dont these days?!

In a old world riddled with bubonic plague , the whole place is fallen apart is it because of biological reasons or possibly something supernatural? Beham & Felson have the job of shipping a alledged witch to be transported for judgement, is she the cause of the plague or is she just an innocent girl?

I know Nicholas Cage has been known to have been in a few howlers, is this another one meaning he’s slide of the slope of sucess he has had recently (Kick-Ass, Bad Lieutenant) rose from  well you can find out finally on Janaury 7th, 2011

Oscar(r) winner Nicolas Cage (National Treasure, Ghost Rider) and Ron Perlman (Hellboy, Hellboy II, Sons of Anarchy) star in this supernatural action adventure about a heroic Crusader and his closest friend who return home after decades of fierce fighting, only to find their world destroyed by the Plague. The church elders, convinced that a girl accused of being a witch is responsible for the devastation, command the two to transport the strange girl to a remote monastery where monks will perform an ancient ritual to rid the land of her curse. They embark on a harrowing, action-filled journey that will test their strength and courage as they discover the girl’s dark secret and find themselves battling a terrifyingly powerful force that will determine the fate of the world. 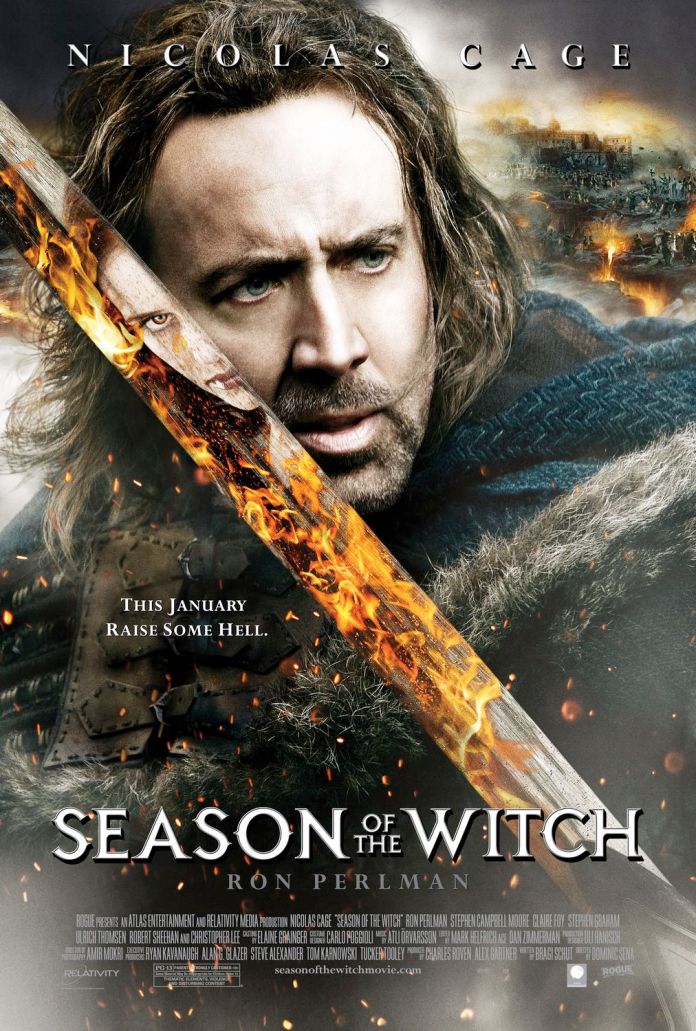