Last week we where treated to the new second offical trailer for HARRY POTTER & THE DEATHLY HALLOWS Part 1 which we can say was brilliant mature looking trailer and this week Yahoo have debuted 3 new character poster of Harry, Hermoine and Ron.

I’ve seen all the movies of the franchise so far and I never really became a big fan of the movie until movie four but you can see that since our heros have grown in age so has the style of the movie growning into a darker edgier movie and now its time for Hogwarts finest to step up to the front and defend there own!

Part one will be with us on November 19th. 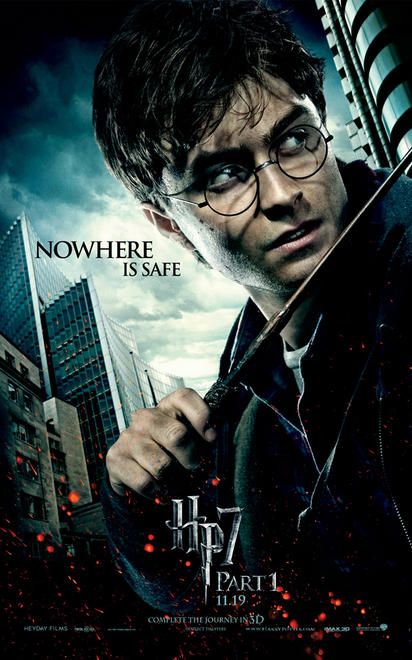 2 thoughts on “New Character Posters For Harry Potter and the Deathly Hallows: Part I”