Pathe Distribution over the weekend have sent me the delightful little family movie called AFRICA UNITED which will be out on october 22nd.

The movie follows 4 Rwandan kids who attempt to walk  3000 to South Africa to the World cup in a epic adventure which will take them over 7 countries, getting on wrong buses on journey full of laughter, joy and hope which will appeal to all the family. Its nice for a change for kids to get away from the animation, the franchise movies and see something a little more realistic.

The movie is the directed by first time director Debs Gardner-Paterson with Roger Nsengiyumva, Sherrie Silver, Eriya Ndayambaje, Sanyu Joanita Kintu. If your living in Canada you can catch the movie at next weeks Toronto film festival.

AFRICA UNITED tells the extraordinary story of three Rwandan children and their bid to achieve their ultimate dream – to take part in the opening ceremony of the 2010 Football World Cup in Johannesburg.

On the way to the vital selection trial, disaster strikes when Fabrice, Dudu and Beatrice board the wrong bus and cross into the Congo. Without papers, money or a believable story, they are escorted to a children’s refugee camp. But with considerable ingenuity and sass (and a World Cup wall chart for a map), our pint-sized heroes escape the camp and set off in pursuit of their dream, picking up along the way a “dream team” of displaced kids, who help them negotiate a series of thrilling and hilarious adventures.

During their 3000 mile journey, we encounter an Africa few people ever see; experience an epic adventure across seven countries; and feel the joy, laughter and hope that comes from making an incredible journey together. AFRICA UNITED is the feature-length directorial debut by Debs Gardner-Paterson. 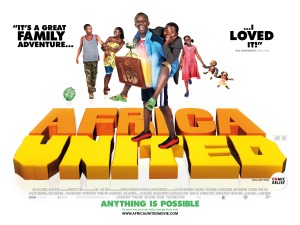 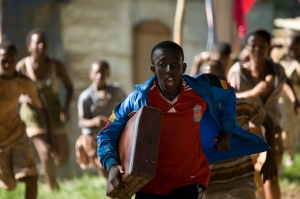 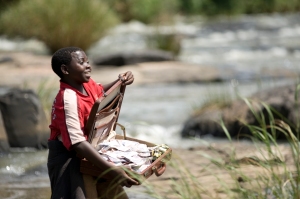 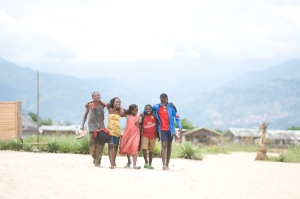