A New Trailer & Poster For Shawn Ku’s BEAUTIFUL BOY has been released online. The trailer has actually been online for a few weeks just been a problem trying to get someone to share it with the rest of us now we do thanks to InContention.

The movie stars Michael Sheen and Maria Bello as parents of an 18 year old who comitted a mass shooting before killing himself. The couple where on the verge of seperation but due to the tragic events has possibly pulled them together. The movie also stars Moon Bloodgood, Kyle Gallner, Austin Nichols, Meat Loaf and Alan Tudyk.

Sad to admit but lonegunmen (sometimes students of the targeted school) bursting into school, universities worldwide mass killing everyone in their sight has happened too much in the last 20 plus years, its a sensative subject to many people so when a filmmaker attempts to create a movie its always hard to not offend. Many filmmakers usually based on the victims and their families but for Ku he bases the movie on the parents of the killer which no one really has done before.

Its an brave movie to have as your first feature but what we see from the evidence Shawn Ku a bleak unique experience of an sensative subject from another persons perspective.The movie doesn’t have a distributor though that could change after its aired at this months Toronto Film Festival.

Filmmakers have explored the subject of school shootings in the past, but first-time feature director Shawn Ku finds a unique perspective on this delicate issue. Rather than focusing on the tragic incident and the events leading up to it, Beautiful Boy confronts its devastating aftermath. Moreover, the killer is almost entirely absent throughout the film. In his place, we look through the eyes of his parents, who struggle to find refuge from the public and from media backlash, while overcoming their own sudden loss.In two of the most heartrending performances in recent memory, Maria Bello and Michael Sheen play parents in a rocky marriage who are hit with the shocking news that their eighteen-year-old son has committed a mass shooting at his college before taking his own life.With a maturity and comprehension beyond his years, Ku (who co-wrote the screenplay with Michael Armbruster) shows remarkable insight into two middle-aged parents faced with unspeakable anguish. Separated from the rest of the world by this incomprehensible act, they find their marital troubles gradually taking a back seat to the traumatic situation thrust upon them.Credit must also go to the film’s stellar supporting cast, who add further weight to this difficult story. Moon Bloodgood, Alan Tudyk and Meat Loaf Aday are perfectly cast as bystanders to the slow-burning wreckage at hand.Beautiful Boy is fearless. It defies convention to shed light on something that many similarly topical films have shied away from. The result is a bleak yet rewarding experience that dares to challenge not only its audience, but also previous investigations of this dark subject. 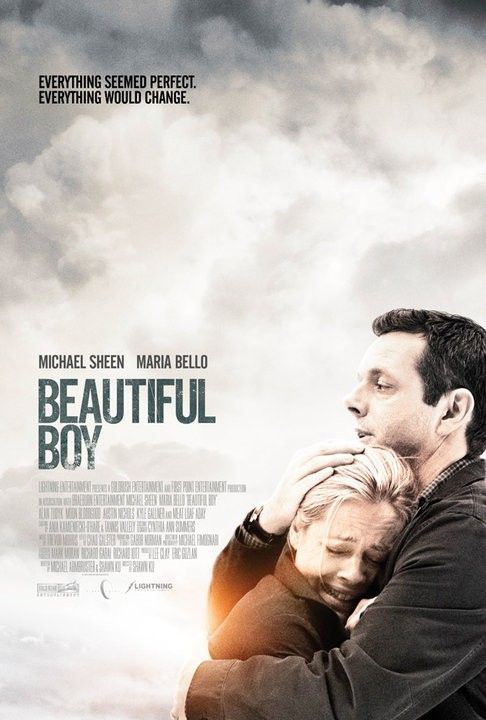