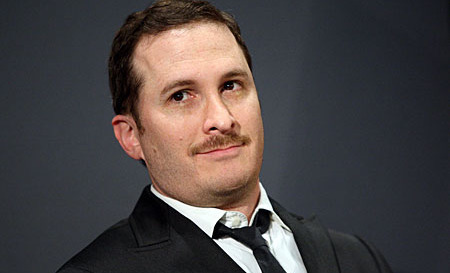 With The Toronto, Venice, London  Film Festivals coming up and its American Release of December 1st , its a busy time for Darren Aronofksy and Black Swan. So talk is now on what will he be doing next  and we already know its not the Robocop reboot which has now been scrapped but According to Deadline Aronofsky is about to enter the race to be the director for X-Men Origins: Wolverine 2.

Darren Aronofsky is now involved in a two director race with Twilight Saga: Eclipse director David Slade whom was in another two horse race with Robert Schwentke (RED) which I reported here. Since that report Schwentke has dropped out of the race to concentrate on projects such as Robert Ludlum’s The Osterman Weekend and Universal’s Ryan Reynolds RIPD which he hopes to direct instead.

The question is now who will  suit this movie more and at the moment David Slade is edging ahead simply due to his first hand experience in franchises which have plenty of  special effects/cgi  as in Twilight Saga:Eclipse. What also may go against Aronofsky is his lack of experience with bigger budget movies and Fox may not want to risk the chance  as previous experience  shows in the first movie with Gavin Hood who created the Oscar Winning Tsotsi though a big hit it did have a smaller budget and we know now the final outcome of Wolverine 1. But it has all been a disaster as in filmamkers moving from smaller budgets to bigger budgeted movies just look at Christopher Nolan with Batman Begins and even Bryan Singer with X-Men 1, so there is hope.

As pointed out in the Deadline report  it looks like the descsion lies with Wolverine himself  Hugh Jackman who we know is coming back to play Logan and if we are going on that decision that could sway towards Aronofksy as the pair worked together on The Fountain. What also may work in Aronofksy’s favour is the current buzz for his upcoming movie Black Swan and Aronofsky’s buzz has similarties to Schwentke’s Red.

As in how they’ll decide is a good question as in the actual style of movie we dont know but if they want the action, heavy on the special effects, fast paced David Slade maybe the man for that, but if you want a more grittier darker (though slade can do that too) more human character  it could be Aronofksy. Its a hard decision both directors are good in there own ways  Slade got people a ‘little’ more interested in Twilight as he gave the movie a slightly refreshed look and Aronofksy is regarded as been too deep in human emotion, so what style of directing will suit the Japanese story based on fueding family over love?