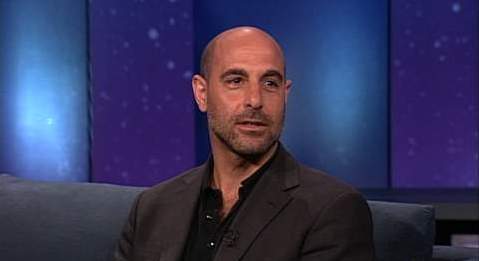 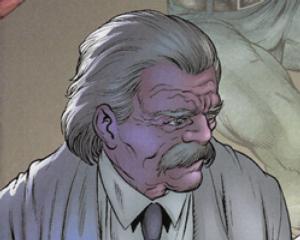 Back in June It was annouced that Stanley Tucci was to be casted in Joe Johnston’s Captain America:First Avenger movie playing Professor Abraham Erskine. Erskine’s character is great importance to the Captain America story as he was the man who created the serum that was given to Steve Rogers who then Became the Captain, a super soldier serum making Rogers a  perfect physical specimen. Whilst talking about his next project Easy A, Tucci talks to ScreenCrave about his part in the movie which sees the actor wearing custome to make him more elderly:

“When they asked me to play him initially I was like ‘Is that like a compliment or is that an insult? I don’t know?’”… “I shot with Chris [Evans], and Dominic Cooper, and Tommy Lee Jones and Hayley Atwell. I love the role. It’s really well written. I’d never done anything like that before. I’ve always wanted to do a German accent. It’s so much fun. It’s really interesting. Very good script, great experience. I was shooting it in London and I go back in a month and a half.”

Tucci also spoke to MTV and a few more things where found out as well:

“Joe Johnston is a wonderful guy and I love the way he’s shooting it, it’s really interesting, it’s beautiful-looking There’s a real power to it and the design is stunning.”

The actor did some filming for the movie during June/July time but he’ll be back again in October , here’s an extract from the MTV interview:
Vodpod videos no longer available.
source /Film