The first images of the delectable Penelope Cruz have surfaced online thanks to RadarOnline.com For Pirates of The Caribbean: Stranger Tides. A total of 33 images have appeared showing first glimspes of Geoffray Rush looking very regal and we cant have Pirates images without old Johnny Depp aka Captain Jack Sparrow.

I’m sorry I’ve had a bit of a crush on Penelope Cruz for a longtime (she reminds me of a Italian girl I went with in Manchester), so any chance to stare at her well its heaven! (right my gaurd is up in dreamland thanks to Cobol ala Inception!) You get to see Cruz /Rush’s uniforms for the 4th installment of the Pirates Franchise. You can see from the images are based on the beach (in Haiwaii) and in the 4th movie Captain Jack try to discover the fountain youth but there up against the Mighty Blackbeard played by Ian McShane  and Penelope Cruz plays a mysterious woman from Jacks past possibly a key to finding the Fountain,mmm!

I’ve posted a few of the pictures below and to see the rest click here. Checkout the funny Comic-Con trailer Captain Jack did to welcome the audience at the movies panel too. 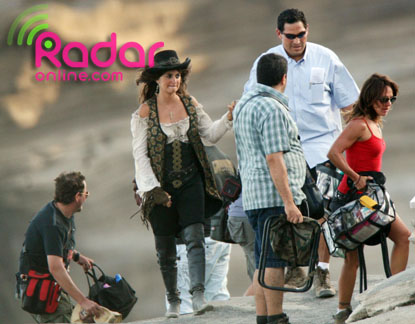 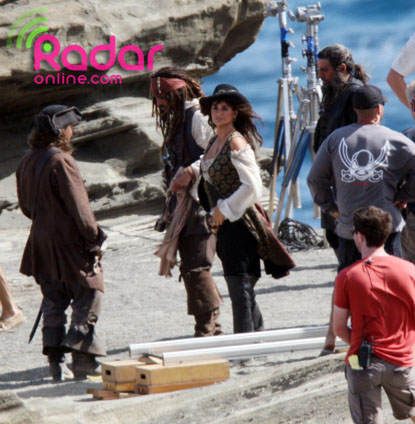 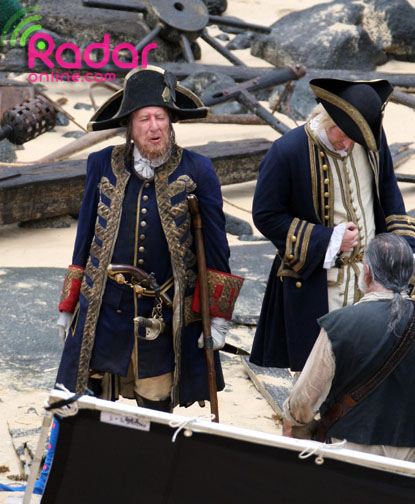