Surprise! Surpise! Nope it isn’t the return of the cheesy Sunday Night programme with Cilla Black but my reaction to the news that First Avenger:Captain America and Mighty Thor movies are to be made into 3D movies.Yes the line may have been very sarcastic but not surprising as virtually every major movie is been created for the overhyped technology but with the annual Comic-Con the biggest comic/movie event in USA only 10 days away the big boys are prepping up to show off what they’ve got to offer in the next 12 months.

“We came to feel that in our case 3-D could be the very good friend of story and character for a different kind of experience,”

Branagh said though the  director has said in the past that process of 3D made him really cringebut  he also said he has saw the the opportunities artistically 3d can bring to a movie.

“It’s another draft of the story that can reveal itself in a different way,”

“I had a healthy degree of skepticism up front … I’ve become somebody extremely excited about working with possibilities of doing it this way.”

Below is the first image from Thor and we get to see Anthony Hopkins as as Odin with Chris Hemsworth Behind himon the left with the Hammer of thor in his had oppiste side is Tom Hiddleston as Loki, (image usage is thanks to HeyUguys).

The whole situation of 3D movies is getting out of hand and with 2 respectable movie directors who seemed to have been very skeptical of 3D movies through past experience or just personal opinion have suddenly changed drastically. I am hoping to do an article on 3d movies maybe a poll/quiestionaire very shortly and your opinion would be great as well, but to read what Joe John had to say head over to Hero Complex blog and read the whole report in whole. 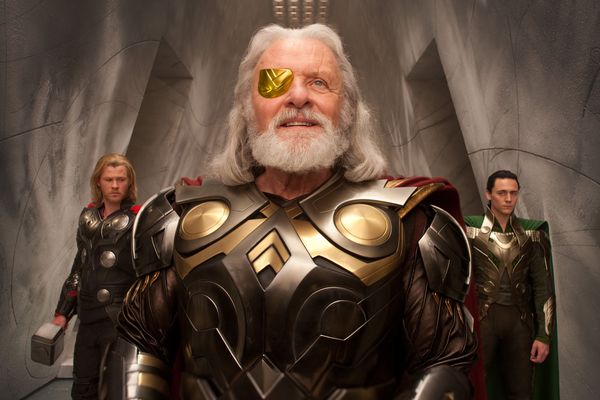