It’s been all quiet on the western front today possibly down to yesterday been America’s independence day so like after many major events things are a little quiet on the movie front, but the show must go on!

Today Empire have got there hands on a new U.K poster for LET ME IN the Hollywood remake of the classic Swedish vampire movie LET THE RIGHT ONE IN with the new version with Kodi Smit-Mcphee (The Road), Chloe Moretz (Kick-Ass) playing the lead roles in the new version with Cloverfield director Matt Reeves directing.

The posters are very minimal in design  though very effective in style with smudged lettering as well blood stained ‘me’ symbolising that something dark vampiric could be lurking! The white background is striking as well repersenting the snowy/ice conditions of the movie. What I am happy about is is the return of the Hammer film logo to posters, the iconic horror film masters and of course they helped a certain legendary count (Dracula) become a horror movie icon too!!!

Well the past few days I’ve posted the first the first teaser trailer then not long after that I gave you the synopsis with the news that the movie will be released in October in UK & Ireland, but when we dont know but today we can tell you its October 29th!!!

Check out the posters below in 2 formats portrait & Landscape; 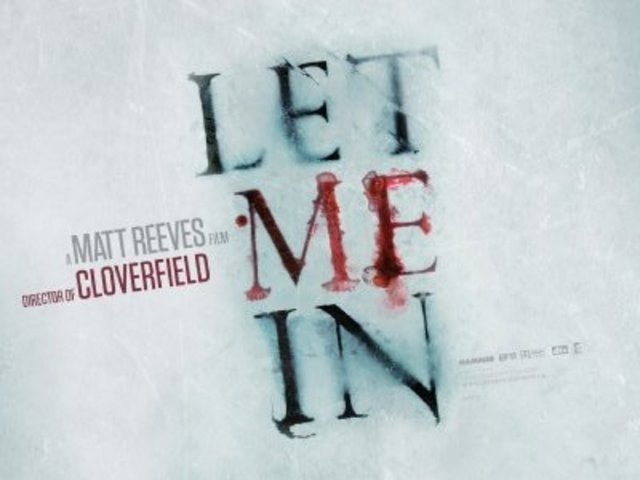