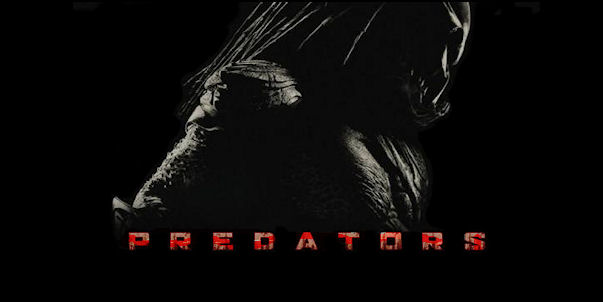 Next Thursday (8th) the much antcipated release of the popular franchise re-boot PREDATORS will be in our cinemas. It will be one of two big releases in uk&Ireland with Twilight:Eclipse been the other.No matter what you think of Twilight Saga its sadly blatantly obivious Twilight will pull the crowds in though Predators will do good as well.

From March 17/18th when Robert Rodriguez introduced the movie trailer wow many people loved what they saw, but its the same old story, pictures can be deceiving make judgement when the movie comes, hopefully the movie will be good.

Ok it is a reboot of the original Arnold Schwarzenegger 1987 movie but this time the Central American Jungle is replaced by a Alien Planet when 6 of earth’s top commando’s become the game on the planet of the Predators!The old Predators are in it but their least of there worries as there’s even bigger ones!!! smigels!