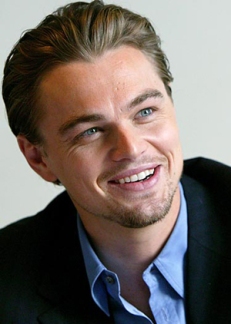 It’s time for Leonardo Di Caprio to dig into the back of his closet slip on a dress, some hoisery, heels, wig and make up as Clint Eastwood has recruited Di Caprio to play the former head of FBI J.Edgar Hoover in a untitled Biopic.

This wont be the first time Di Caprio been in a biography movie in the last 10 years with Speilberg’s Catch Me If You Can (Frank Abagnale Jnr) and Scorsese’s The Aviator (Howard Hughes), both movies he proven he can play those parts with ease.

The ball got rolling back in February when Bryan Grazer bought the script off Dustin Lance and now Eastwood and Grazer have fast tracked the production to get their man for the leading role. Di Caprio is one the in demand actors at the moment with his next flick the mind bending Inception only 4 weeks away plus he could be also lining up roles in other projects such as Ridley Scott’s Brave New World, Gucci, Mel Gibson Vikings flick as well as a Oliver stone movie as well.

As in what part of Hoover’s life Eastwood/Grazer will as there is alot of history to cover over a 40 year period as they may just cover the most important parts or simply go for his whole life. Hoover is instrumental for the creation of the FBI back in the 1930’s with Billy Crudup playing the man in last years Johnny Depp Public Enemies, so we can say the 1930 will be a strong contender for inclusion. What would be funny if they play on the secret life of Hoover been a avid crossdresser… would Di Caprio dare dawn a dress? Whatever your views of J.Edgar Hoover he played an important part of how America thinks socially as well as culturally.

Di Caprio may not look anything like Hoover but its a part which he’ll do well and how his career is progressing the trio look like they’ll have the money rolling when this movie does come to the big screen.