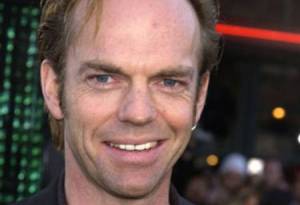 As the websites and blogs of the movie try and attempt who will play the the American propagandist comicbook superhero in Joe Johnston’s First Avenger:Captain America,news has emerged today that Hugo Weaving has now been tipped to play a role in the movie.

Cap America’s arch enemy Johann Schmidt or better known as Red Skull is the character that Hugo Weaving has been linked to play him. As the story goes in 1941 due to Schmidts wave of terrorism and sabotage Hitler to him under his belt. Schmidt became the Nazi’s propaganda figurehead under the redskull mask and during World War II had many great battle with the Captain, but RedSkull does not have any superpowers he was an evil genius who could outsmart his foes.

Talk at the moment says the negotiations are at a critical stage with Weaving reported to be about to sign on the dotted line anytime now. We know Hugo Weaving will play a formidable Red Skull  as he has ability to play a evil deceiving masterful villian playing the bad to the T becoming very iconic, just look at The Matrix…Agent Smith?

As in who’s playing the captain and the other movie’s characters we hope to find out anytime now. I am a big fan of Hugo Weaving and I dont think I’ve ever found a bad thing to say about his performances even in the movies regarded as poor ones, he does seem to be one actor who stands out or keeps the movie alive. Out of all the comic book come movies Captain America seems to be the one who doesn’t attract interest, I read the comic when I was younger and even 20 plus years on I still find the character uninteresting, we live in hope Joe Johnston can change that.