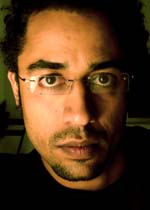 This April we will get to see the movie adaptation of the Vertigo Comics The Losers which has been directed by Sylvain White, but  that’s not the only comic book to movie project sylvain White is involved in.

For the past few years Frank Miller’s Ronin has been the other project white has been connected with and the movie is going to be produced by Warner Bros. Ronin is an character which was originally set in Fuedal times in historic Japan and was brought into a futuristic  Dystopic New York. It was Miller’s earliest known work which came out a few years before his famous Batman Dark Knight series (Which Nolan’s version of Batman is inspired by).

Coming Soon and their ComicBook website SuperHero Hype had a chat with White about Ronin and if he would go back to the project with the Losers;

“That’s something I had to let go of for a period of time while I was directing ‘The Losers’ but I’m back here in Los Angeles and as I’m finishing post-production on ‘The Losers,’ I will be diving back into the development of ‘Ronin.’ I’m just working along with the studio executives developing the story elements and they’re attaching a writer in the spring to do a new pass on it.”

“It’s a very complex graphic novel and it needs very careful attention,” he continued, “Of course to make a movie of that scale, you need a lot of money to pay it justice, especially with the incredible visuals that Frank Miller has in it, but at the same time, in order to get a lot of money to make the movie, it has to have enough commercial appeal, so I’m trying to balance those two things together to make the movie accessible but still smart and throw with all the great ideas and grand ideas that it has. Conceptually, it’s such an amazing property, so I think it’s strong appeal in that sense, and even for people, I think visually in the trailer, people will be gravitating towards that kind of subject matter and that kind of character, it’s amazing.”

“I’m taking my time with it,” he said. “If I’m able to stay on it and develop it the way I want, I just want it to be done right. I don’t want to rush it or anything like that. I want the right writer on it and it to be done carefully. So that is one of the projects I have in development.”

“The producers, which is Gianni Nunnari and Hollywood Gang, have been very collaborative and obviously have worked with because they did 300, so the link is there. We’re just sort of at an early stage where we’re trying to structure the story and balance. It’s a whole process to get it right. Some people rush and do it quickly and you end up with bad adaptations, which happens all the time. If they give me the time to do it, I will take it to do it right. There have been drafts that were ready to go supposedly but I want to take my time to make sure that it’s just good. The fanbase out there for this particularly iconic graphic novel is scrutinizing the project and I also don’t want to let them down.”

The style and vision used in other Frank Miller work has to be used in this, Millers stories are bleak and violent and need that dark undertone to illustrate the world these characters live in. I have read some of the ronin stories but more of the Lone Wolf and Cub  manga created by Kazuo Koike & Goseki Kojima‘ which uses black and white  style  but I am curious to see more on this.