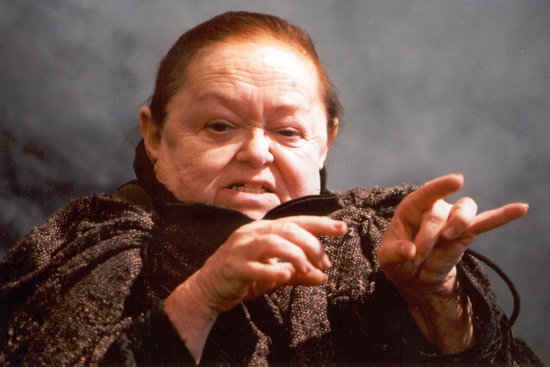 Share
Zelda Rubinstein the actress made famous for her role as the pyschic medium “House Cleaner” in the Poltergeist movies has sadly died aged 76.

According to the L.A Times the 4foot 3 passed away at the Barlow Respiratory Hospital in Los Angeles, California, USA. Some reports say she died of natural causes but also reports have stated she died of a heart Attack. Whatever way Zelda died she had been suffering for a long time from illness and daily reports constantly told us she was very ill so and it was just a matter of time she would sadly pass on.

Playing the medium Tangina Barrons in the Poltergeist movies were of course here most famous roles, but she also appeared in a number of other movies as well tv series including Sixteen Candles, Teen Witch, Southland Tales National Lampoon’s Last Resort, her comedy debut Under the Rainbow and her most famous tv role in Picket Fences.

Off screen Zelda was a campaigner  with AIDS/HIV Awareness her biggest campaign. She also never let her height stop her gain what she believed in and created an acting school for actors and actresses who where also small in height.

“There is no death. It is only a transition to a different sphere of consciousness.”