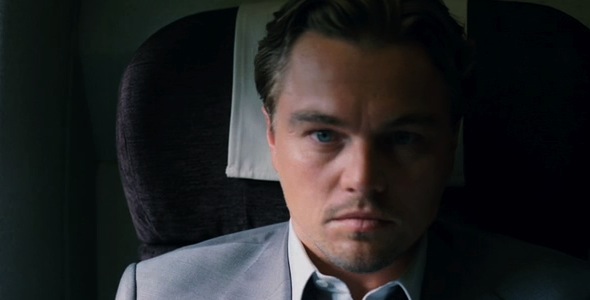 Share
It was just a matter of time when Warner Bros where going to release the English speaking version of recent Inception French trailer and its below for your viewing pleasure.

If you couldnt understand French you can now enjoy the trailer and boy when it gets posted in your native language it looks even better, this looks amazing!. Yep we only get snippets plus when you watch it you will get the feeling of W.T.F!!! but at the same time you will eagerly awaiting to see more of this mega blockbuster.

I just like the way Christopher Nolan is giving us in trailers and each one thats released he feeds us a little more of the story making us all beg for more really quickly!!! Towns that fold and those matrix style (but done better) moves and a story I want to know more about are really Pyschin me up for more!!! I wonder of those those people out there still think this is Dark Knight 3 after watching this teaser?

2008 it was Dark Knight returns 2009 it was Avatar and 2010 the most anticipated movie will be Inception.

Leonardo DiCaprio, Joseph Gordon-Levitt, Ellen Page, Cillian Murphy, Ken Watanabe, Tom Hardy,Tom Berenger, Michael Caine and Marion Cotillard all star in Inception. The movie is due out in July 16th 2010 in USA but for UK and Ireland a date is still to be confirmed.