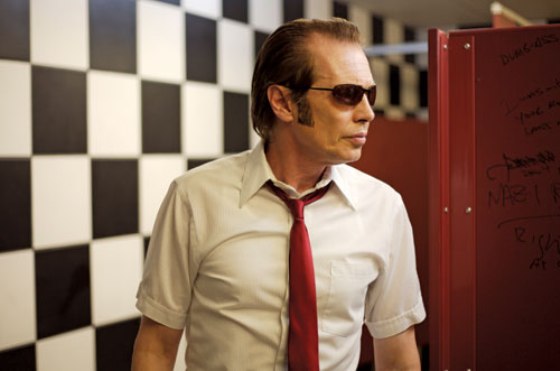 Steve Buscemi plays a compulsive gambler who just off a string of bad luck runs away from Sin city aka Las Vegas and a try at normal life and job. He gets a job in a insurance company but face the old demons again when an assignment makes him head back to his old stomping ground of Las Vegas. Now throw in a bunch of off-beat characters that include a wheelchair bound stripper, park ranger a carnival human torch and a naked millitant making this movie a wild and crazy story.

I’ll be honest Ive never heard of this movie until today, so seeing the trailer below is an first me and I have to say the last movie I can remember Buscemi in so much was Fargo which was dark amusing movie. this movie also stars Peter Dinklage, sarah Silverman, Tim Blake Nelson, John Cho (Demetri from Flash Forward)and Emmanuelle Chriqui.

I have no release dates for UK & Ireland or USA but expect this movie to be out early /spring 2010.

more about “Saint John Of Las Vegas:Trailer“, posted with vodpod