Not a bad week for movies with Triangle actually been my favourite choice but due to been a 18 it will limit the amount of people watching it, the trailer is decieving this is has alot of mindbennding WTF stuff in it and the critics are loving it 4/5 is average score, so over 18 go see this. If you are under 18 the movie choice of the week goes to THE IMAGINARIUM OF DOCTOR PARNASSUS, former Monty Python Terry Gilliam’s new movie and also the movie the late Heather Ledger was making was he tragically died at a very young age, 27? If you like your horror’s foreign there is Korean movie Thirst, keeping with foreign movies there is the thai action – martial arts movie ONG Bak:The beginning. If comedy is your thing you haveCouples Retreat starring Vince Vaughan though it doesnt look that funny and the critics have only been giving it 2/5 average though it has done very well the last few weeks at the American box-office.

What ever movie you go and see do enjoy it and please send me a review, yes I say this every week but no one replys, but enjoy it and here’s the info on this weeks British and Irish releases:

MOVIE OF THE WEEK:

THE IMAGINARIUM OF DOCTOR PARNASSUS

The story of Dr Parnassus and his extraordinary ‘Imaginarium’, a travelling show where members of the audience get an irresistible opportunity to choose between light and joy or darkness and gloom. Blessed with the extraordinary gift of guiding the imaginations of others, Dr Parnassus is cursed with a dark secret. 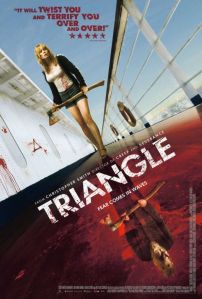 When Jess sets sail on a yacht with a group of friends, she cannot shake the feeling that there is something wrong. Her suspicions are realized when the yacht hits a storm and the group is forced to board a passing ocean liner to get to safety, a ship Jess is convinced she’s been on before. The ship appears deserted, the clock on board has stopped, but they are not alone… Someone is intent on hunting them down, one by one. And Jess unknowingly holds the key to end the terror.

One day, at a radio station in Pontypool, reports starts coming in that random incidents of violence are occuring all over town. As the story unfolds the radio staff discover that the violent rage ripping apart society is being caused by a virus spread through the English language. Thats a problem for Grant Mazzy a disk jockey who only despises one thing in a conversation, air. Grant and his radio staff lock themselves in a broadcast booth in the basement of an abandoned chruch as violence rages on outside. 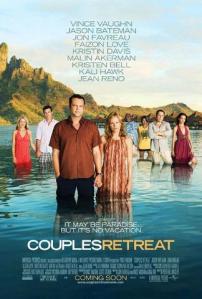 Four Midwestern couples embark on a journey to a tropical island resort. While one of the couples is there to work on their marriage, the other three set out to jet ski, spa and enjoy some fun in the sun. They soon discover that participation in the resort’s couples therapy is not optional. Suddenly, their group-rate vacation comes at a price. What follows is a hilarious look at real world problems faced by all couples.

Sang-hyun, a priest working for a hospital, selflessly volunteers for a secret vaccine development project intended to eradicate a deadly virus. However, the virus eventually takes over the priest. He nearly dies, but makes a miraculous recovery by an accidental transfusion of vampire blood. He realizes his sole reason for living: the pleasures of the flesh. 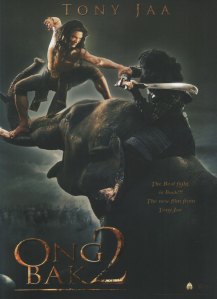 This epic tale follows Tien as he seeks revenge for the murder of his parents when he was a kid. Captured by a group of thieves, he is taught to steal and fight before eventually moving up to the rank of head thief. One day he hears of a competition to serve as a knight for the man who killed his parents, Lord Rachasana. Tien passes the test but will need to use all his skills to exact revenge.