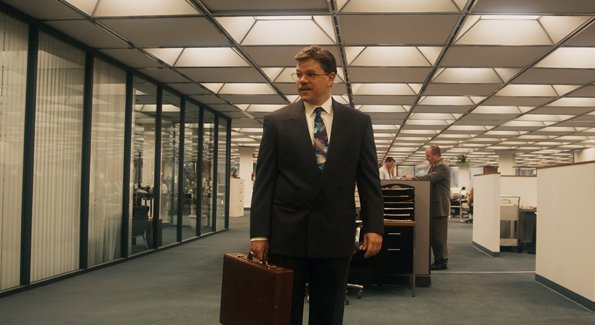 Share
On November 20th The Informant will be out in UK and Ireland. The movie has already been released last month in USA/Canada and has received alot of very good reviews with many averaging 4 stars out of 5.

The Informant is a dark comedy directed by Steven Soderbergh and stars Matt Damon as Mark Whitacre, a A rising star at agri-industry giant Archer Daniels Midland (ADM), Mark Whitacre suddenly turns whistleblower, and in so doing exposes his company’s multi-national price-fixing conspiracy to the FBI. Rather than being jailed as a hero he finds himself – a little bit like a secret agent – in a hunt for evidence until, that is, the FBI start wondering exactly what is real in Whitacre’s story and what is a product of his rambling imagination,Scott Bakula, Melanie Lynskey and Joe McHale also star.

What Ive saw of the trailer the humour is spot on and it times I feel Steven Soderbergh has caught a little of the essence and magic of the Ocean’s 11 remake which Matt Damon appeared in.Here’s a video interview  thanks to Screenrush U.K who caught up with Matt Damon and had a chat about snitching, screen writing and Soderbergh.