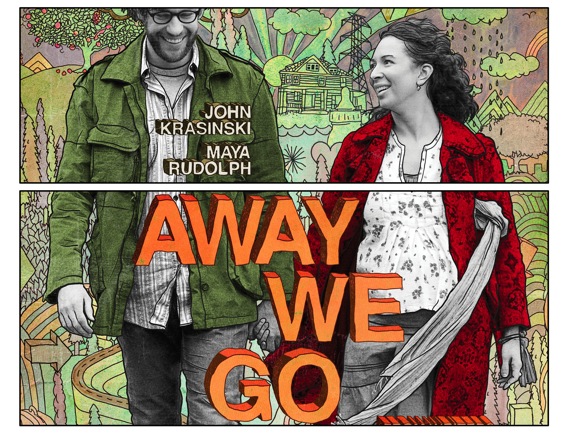 As you have notice, I have no movie of the week, after last weeks choice of Whiteout (and before you say anything I had already watched Adventureland in a preview in August, read the review), it wasnt looking to good for this weeks releases in UK. So I’m this week going to post information on the releases of the week and choose for yourselves, as for what Ill see I may choose a movie that has been in the cinema a few weeks or I may simply watch Gamer.

The story takes place in a dystopian future of implanted nano-devices, where the ultimate online simulation environment is humans remote-controlling other humans in mass-scale, multiplayer online gaming. The lead character, played by Butler, is a worldwide sensation, and the top-ranked warrior in a game called “Slayers.” With his every move tracked by millions, he battles to regain his identity and bring down the entire system.

A war breaks out in Lebanon. A new war, but not just one more war. A war that crushes the hopes of peace and the dynamism of our generation. We no longer know what to write, what stories to recount, what images to show. We ask ourselves: “What can cinema do?” That question, we decide to translate it into reality. We go to Beirut with an “icon”, an actress who, to us, symbolizes cinema, Catherine Deneuve. She will meet our preferred actor, Rabih Mroué. Together, they will drive through the regions devastated by the conflict. Through their presence, their meeting, we hope to find the beauty which our eyes no longer perceive. It is the beginning of an unpredictable, unexpected adventure…

A high-flying literary agent has a book that is not up to scratch, but the resourceful author is determined to have it published.

Radhe is a tought gangster. A sharp hitman and a sharpshooter. He works for Gani Bhai, the dreaded Mafioso, but on his own terms. Totally fearless, Radhe single handedly eliminates Gani Bhai’s enemies one by one; making more enemies in the process than he bargained for.

Cloudy Chance Of Meatballs (U)

Flint Lockwood is a young inventor who dreams of creating something that will improve everyone’s life. When his invention succeeds in making food rain down from the sky, it looks as though he has found the solution to world hunger. But having cheeseburgers and giant pancakes fall from the sky is not always a benefit, as the people of Flint’s small town soon begin to find out.

31 North 62 East centers on the life of a British Prime Minister who gives up the position of an SAS unit in Afghanistan in order to secure an arms deal worth £80 billion. All soldiers in the SAS unit are thought to have died, that is until one of them is found by Italian special forces and returns to the UK to investigate matters.

Burt and Verona are a loving couple who have thus far resisted going down the marriage and baby route with their relationship. However, despite questioning their potential parenting abilities, they soon find themselves expecting a child and make the decision to move close to Burt’s parents, only to find they’re planning an extended trip to Germany. Keen to share the experience of parenthood with friends and family (and fearful of being left to hold the baby on their own), Burt and Verona decide to take a trans-continental trip in search of the perfect place to raise their newborn progeny.

A blind young man goes into hospital for an operation to repair his sight and falls in love with his Indian nurse, who is already promised in an arranged marriage.

Class horror renake from 1982 of the 1951 original by John Carpenter.

Whilst on a scientific trip to the arctic, a team of scientists is haunted by mysterious circumstances, as an alien being starts to cause mayhem, by taking the shape of every person he kills. Never knowing who the alien has possessed makes them suspicious of everybody…

Dom is a young wannabe football casual who gets drawn into the charismatic but dangerous world of the firm’s top boy, Bex. Accepted for his fast mouth and sense of humor, Dom soon becomes one the boys. But as Bex and his ICF gang clash with rival firms across the country and the violence spirals out of control, Dom realizes he wants out – until he learns it’s not that easy to simply walk away.

In 1960, Cuban photographer Alberto “Korda” Díaz captured a photo of Ernesto “Che” Guevara during a mass funeral. Following his death and in the midst of social unrest, this photograph became the most reproduced image of a person in the 20th century. Acting as a catalyst for artists and rebels alike, this image soon became a potent symbol of revolution and student chic. As the decades moved on, removed from the context of rebellion and social change, Korda’s image of Che was soon appropriated for commerce, selling everything from beer, cigarettes to shoes and clothes. This documentary investigates how this portrait, with its enigmatic gaze, removed from time and context, has become an enduring symbol for countless visions and agendas. 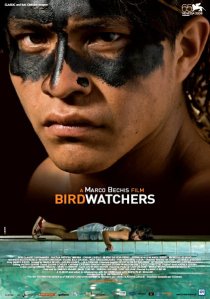 A tribe of indigenous Guarani Indians attempts to re-inhabit their ancestral land, which lies on the border of a wealthy landowner’s fields, and causes tension to mount.