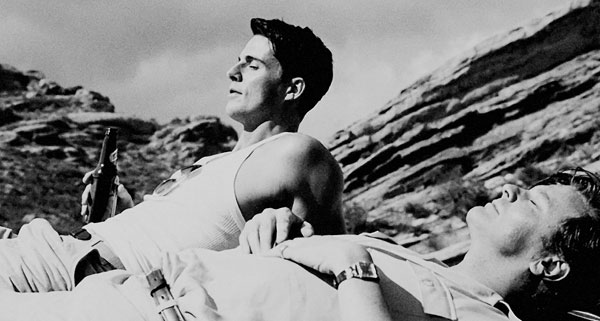 The First trailer for A Single Man a movie based on a Christopher Isherwood novel has sufaced on the internet the past day or two.

A SINGLE MAN is a movie about George (Colin Firth ) a British Professor living in Southern California whose life takes a drastic turn when his longtime partner Jim (Matthew Goode ) dies. Julianne Moore play the protaginist’s friend Charlotte and Nicholas Hoult (Skins, About A Boy) plays Kenny a student George has an fling with.

The movie is the directoral debut for Tom Ford who is better known as the force that brought the Gucci fashion horse back to life after been nearly bankrupt. The movie has recently premiered at the Toronto and Venice Film Festival and recieved many great reviews including Colin Firth picking up a best actor award. The movie will premier in the UK at next month’s London Festival and will be released shortly after on general or possibly limited release.